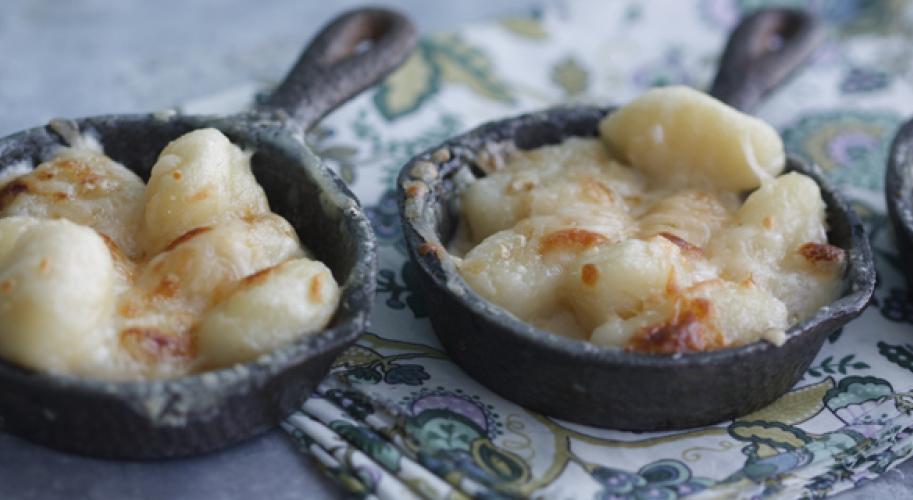 Have you ever heard of the gnocchi on the 29th?

There is an old ritual occurring every 29th day of each month in South America where families gather together and feast on gnocchi… with money tucked under the plates!  This is a rather superstitious meal where the belief is that eating this way can bring both good luck and abundance of riches during the next month. Practiced commonly in Argentina and Uruguay, it dates back to when large numbers of Italians emigrated to Argentina in the 20th century, bringing with them many traditions and customs.

I vividly remember that my siblings and I used to truly look forward to the 29th. We had a running joke with our father, teasing him that the money under our plates was ours to keep, especially when he would put high denomination bills beneath the plates in the hopes of great wealth. Sadly, however, he always wanted his money back at the end of the night!

No one knows the certain origin of this fun, little tradition. One credible and logical explanation is that as the end of each month approached, people with little resources were eagerly waiting their next paycheck. Without the resources to buy more expensive food, gnocchi became the only option, made of inexpensive ingredients: potato and flour.

Today, this tradition is widespread in most homes and restaurants in the southern part of Latin America, as well as a number of Italian restaurants around the world. I hope you're in recreating this special dish, and that it brings you wealth!