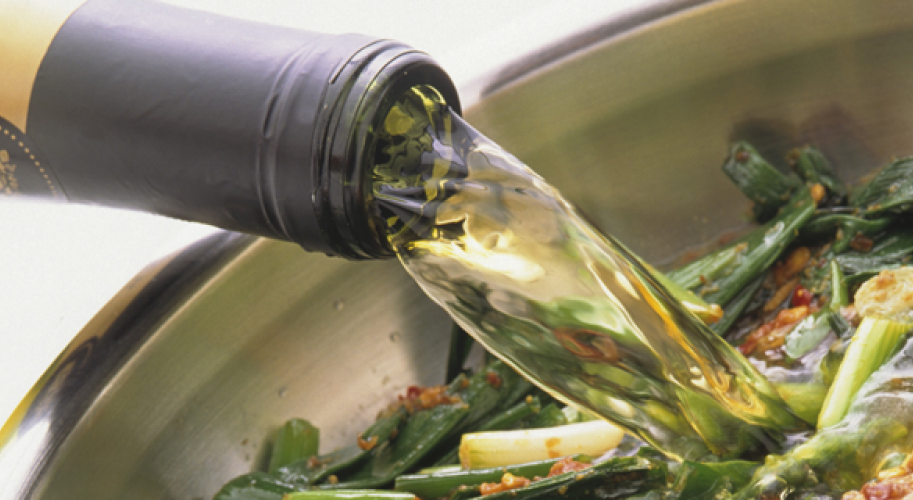 Wine. We love it with our cheese, we drink it up when dishing with friends on a Friday night. But did you know the fruit of the vine adds flavor, color, and a little excitement when used as a cooking ingredient? Direct from culinary experts, here are six ways to make a splash when you’re cooking with wine.

“Don’t cook with anything you wouldn’t drink,” says Elizabeth Johnson, Chef Instructor and Latin Cuisine Specialist at the Culinary Institute of America in San Antonio. The alcohol in wine evaporates at 172º F, and what’s left are flavor components such as acidity, residual sugar, and fruit aromas. If you start with a mediocre wine, you’ll be left with mediocre flavors. Whichever wine you choose, don’t cook it too long or you’ll lose some flavors.

We’ve all heard the adage that white wine goes with fish, and red wine with meat. Award-winning chef Ricardo Zarate, whose Peruvian restaurants Picca Peru and Mo-Chica introduced novoandina cuisine to L.A. foodistas, says fish can indeed swim in red wine. “I’ll use Pinot Noir in a tomato-based fish sauce,” he says. Similarly, Johnson notes that white wine is used in the marinade that accompanies Perú’s popular pork sandwich, the butifarra. And for you artistic types, red wine can add beautiful color to a chicken, fish, or pork recipe.

Make sure that the intensity of the wine doesn’t overpower the food. Zarate cautions against using a strong wine to cook fish. He prefers aromatic, acidic wines such as Sauvignon Blanc for cooking lighter dishes. Highly tannic red wines can leave unpleasant bitterness in any dish, so if you’re cooking with red wine, avoid young reds or wines known for having strong tannins. Merlot is generally a safe choice.

Latin America’s diverse culinary history and European and Pan-Asian influences allow for a variety of wine-centered cooking techniques. “Wine is commonly used in marinades for grilled meats in Argentina, as a deglazing agent in Asian-influenced Peruvian cuisine, and to macerate fruit for some Bolivian pastries,” Johnson says.

Great news for anyone who’s watching the waistline – wine can be used in place of fattening ingredients in some Latin American classics. Sonia Zaldivar, owner of Victor’s Café, the oldest Cuban restaurant in New York, is putting a healthier spin on some traditionally rich Cuban dishes by taking out the lard. No lard means “you have to put something back in to make it flavorful, so we use spices and wine,” she says. Zaldivar prefers Chablis because it doesn’t overpower the herbal aromas.

Wine can teach an old recipe new tricks, according to Johnson. “In Mexico, you’ll see a dried chile sauce being made with a little red wine for a nouvelle inspiration.” Wine blends well with broth or water when you’re braising meat, and you can use it in place of beer or other liquids in certain recipes. Experiment with wine the next time you make carne asada. Sauces made with madeira, the fortified Portuguese wine, complement traditional fruit-based desserts like poached pears.

Zarate offers one final piece of advice. “The most important part of cooking with wine is to make sure you’re drinking it, too. I always have a glass of wine on hand when I cook. Otherwise, it’s not fun!”

To get you started, Zarate shares one of his wine-inspired recipes.

For the Aji Amarillo Butter 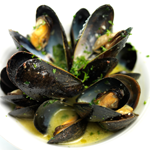