Catching Up with Chef José Enrique 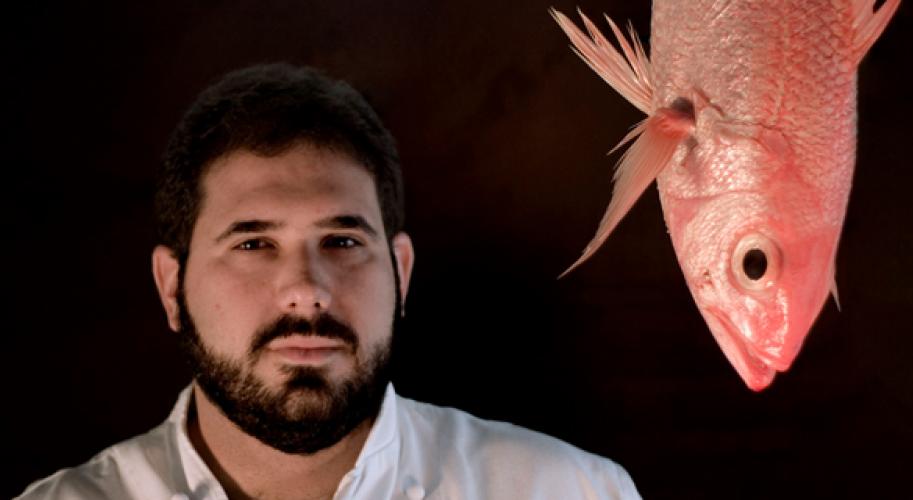 It’s been a whirlwind of a year for chef José Enrique. A graduate of the Culinary Institute of America in New York City, the Puerto Rican chef returned to his island many years ago, and set up a shop across from Santurce's food market. Every day he cooked up what he found in the stalls, celebrating fresh ingredients and the cocina criolla he grew up with. That joint grew into three restaurants (Jose Enrique, Miel, and Capital), and a 2013 Food & Wine Magazine Best New Chef award and a James Beard nomination. Now, after shining a spotlight on elevated Puerto Rican cuisine, Enrique is exactly where you would expect him to be: on his island, in his kitchen, cooking up the best food he knows how to cook, and having a great time.

TLK caught up with Enrique to talk about his earliest food memories, where he gets his inspiration, and what he hopes diners take away from cuisine. (Hint: It’s more than just a full belly.)

What are some of your earliest food memories?

I was surrounded by food. Before I was born, my grandparents owned a restaurant and my aunt was a chef. My family is basically why I ended up cooking. Food was always a part of something, if someone was cooking you knew you were going to have a good time.

Puerto Rico isn't usually recognized for its cuisine. Why did you decide to become a chef?

I just graduated from high school and I went to college, I wanted to be a lawyer. I lasted two months. That was it. I knew I liked to cook and luckily the CIA had just started a six-month program on the island. I talked to Wilo Benet and he suggested I head to New York so I could do what I really wanted to do. And my family was incredibly supportive, they said ‘we don’t care what you do, just put your heart into it. Just make sure you do it right.’

How was your experience at CIA in New York City?

The school was awesome in those times. I was extremely happy with my time there, not only with the chefs and my teachers, just the amount of information that lives in that place. If you take advantage of that, if you take that and use it, you can go far.

You spent some time in Florida and Louisiana before deciding to return to PR, what prompted you to go back to the island?

I always knew I’d come back. This is home to me, I truly love the beach, I love surfing, it was a big pull for me. When I got back, one of my neighbors had this restaurant, they weren’t happy with it and offered to sell it to me. I wasn't planning on it, I was 29 and thought that by 35, I wanted to have my own restaurant. I thought maybe it was too soon for me, that I wanted to learn more. But when I saw it, the neighborhood, the food market, the bars, the ambience… it was really alive. The opportunity was there, so I took it and that turned into José Enrique.

[Watch] How to Make Quinoa Salad with Hominy: Mexican Recipes in Under 1-Minute
[right]View More Videos[/right]